Our second Library 2.021 mini-conference: "Reinventing Libraries for a Post-COVID World," will be held online (and for free) on Thursday, June 17th, 2021.

In the wake of the COVID-19 pandemic, librarians have been faced with all manner of challenges as they have worked to bring their service, resources, and events into the virtual realm. Unsurprisingly, librarians have not only met this challenge but thrived in bringing new dynamic digital content, engaging virtual programming and instructional events, and exciting online such as virtual book clubs, gaming tournaments, and even makerspace activities to their patrons.Please join us as we discuss the ways librarians have adapted and evolved their service offerings for a post COVID world.

This event is being organized in partnership with Ellyssa Kroski, the Director of Information Technology and Marketing at the New York Law Institute as well as an award-winning editor and author of 60 books.

Everyone is invited to participate in our Library 2.0 conference events, which are designed to foster collaboration and knowledge sharing among information professionals worldwide. Each three-hour event consists of a keynote panel, 10-15 crowd-sourced thirty-minute presentations, and a closing 30-minute keynote. A mini-conference FAQ (frequently asked questions) page is here.

The call for proposals is now open. Proposals can be submitted here until Friday, May 14th, but will be approved on a rolling basis, so there is an incentive for submitting early. Click here to submit a proposal.

Participants are encouraged to use #library2020 and #librariespostcovid on their social media posts about the event. 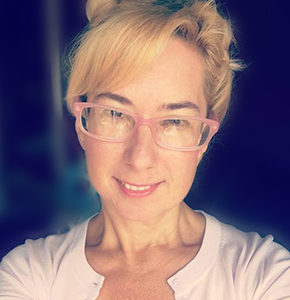 Ellyssa Kroski is the Director of Information Technology and Marketing at the New York Law Institute as well as an award-winning editor and author of 60 books including Law Librarianship in the Age of AI for which she won the AALL’s 2020 Joseph L. Andrews Legal Literature Award. She is a librarian, an adjunct faculty member at Drexel and San Jose State Universities, and an international conference speaker. She received the 2017 Library Hi Tech Award from the ALA/LITA for her long-term contributions in the area of Library and Information Science technology and its application. She can be found at: http://www.amazon.com/author/ellyssa and http://ellyssakroski.com. 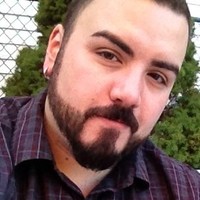 Chris Jacobs has been the Teen Technology Coordinator for the Central location of the Boston Public Library since October 2019. A lifelong student and educator at heart, his career trajectory prior to BPL includes a six-year stint as a tech-forward high school English teacher, where his interest in media literacy—piqued by coursework conducted at the Harvard Graduate School of Education—flowered into a rigorous curriculum that pushed teens to explore the intersections among technology, society, and identity. An enthusiastic proponent of games and gamification as critical academic and interpersonal tools, Chris currently heads BPL’s Teen Gaming cohort, which uses social media avenues such as Twitch and YouTube to continue building engaging, empathetic, teen-centric online communities throughout the pandemic. Junior Tidal is the Multimedia and Web Services Librarian, Associate Professor for the Ursula C. Schwerin Library at the New York City College of Technology, City University of New York. He co-hosts the City Tech Stories podcast with Prof. Nora Almeida. Other than podcasts, his research interests include mobile web development, usability, and library privacy issues. Originally from Whitesburg, Kentucky, he has earned a MLS and a Master’s in Information Science from Indiana University in Bloomington, Indiana. Tanner Adams is the Adult Programming Librarian at Parker Williams Library in Houston, Texas. This library is part of Harris County Public Library, and he has worked in Fort Bend County as well. At Parker Williams, he is responsible for the library's ESL and Citizenship programs, as well as running a weekly game of Dungeons & Dragons for the public. Loraine is the Children's Librarian at the Starkville Public Library in Starkville, MS. She graduated from Mississippi State University and proudly rings her cowbell when attending football, basketball, and baseball games. She's the Phi Mu Alumnae President for East Mississippi, chaired the Starkville Junior Auxiliary's Reading Railroad this year that promotes early literacy, just read to over 2,500 children in her full Cat in the Hat mascot costume for Read Across America Week throughout Oktibbeha County. And when she's not out filming virtual storytimes in a pasture or by a lake, she's busy having socially distanced storytimes in the park next to our library. In her free time, she loves to play with her French Bulldog puppy Scout and take photographs at their local wildlife refuge.